You are here:
MediaNews 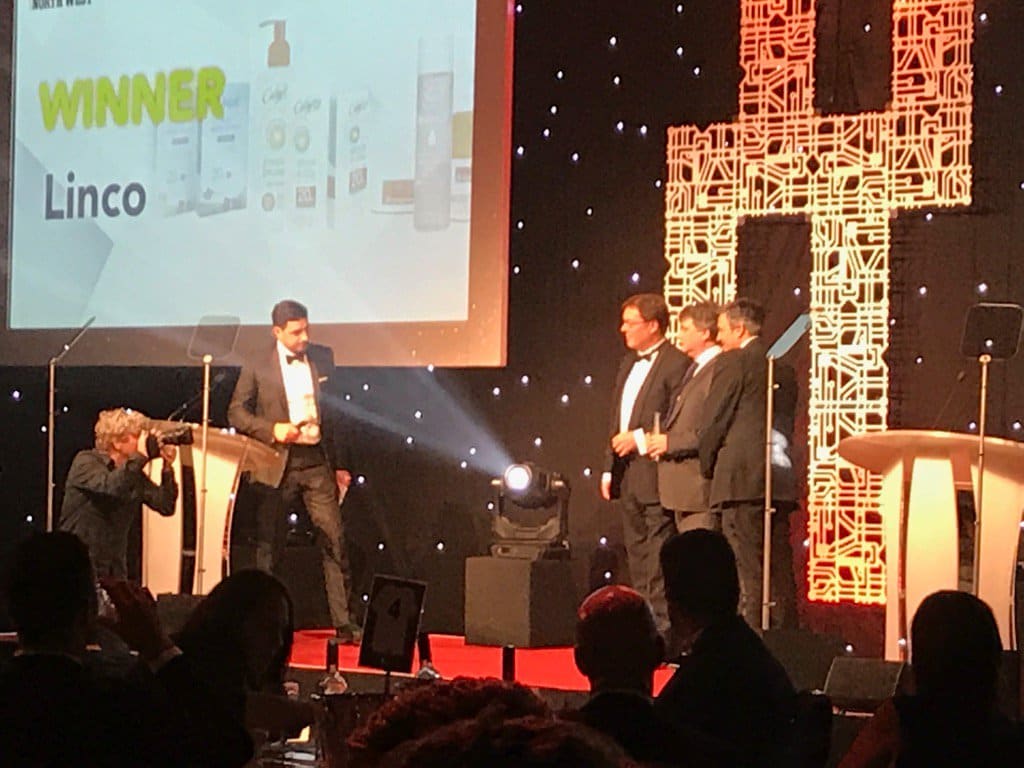 Linco Care has been recognised as the North West’s leading export business by scooping up the Export Award at last night’s prestigious North West Business Insider’s Made in the North West awards.

Fighting off tough competition, Linco Care will now be automatically entered into the grand finale in the UK, where the best of British manufacturing will be celebrated at the Made in the UK Awards in June.

Linco Care was up against the North West’s crème de la crème in the export arena. In the running alongside Linco Care were Magnesium Elektron, a company based in Swinton and founded in 1936, Kendal Nutricare a British pharma company, Group 55 a company that specialises in manufacturing products for pets, Francis Kirk an expert in engineering and fastening founded in 1868, Tall Security Print a secure print and payments solutions provider and Force Technology the world’s most technically advanced spring manufacturer.

The team were honoured to be nominated in the category next to such well-established companies and proud to win against such stiff competition.

The award win is recognition of the record-breaking year Linco Care has had having built upon its existing export successes and registering products and intellectual property in Malaysia and Indonesia.

The company currently exports to over 60 countries worldwide, including markets in Europe, Asia, South America and the Middle East. Its percentage of export-related turnover has increased from 20% in 2010 to its current level of 44.5%. This increase has led to Linco Care investing £500,000 in an expansion of its head office and production facilities, which have been based in Carrington for almost 40 years.

Business Insider’s Made in the UK awards take place on Thursday 22nd June at the Merseyside Maritime Museum at the Albert Dock in Liverpool, where around 600 of the UK’s leading manufactures will attend the event.